Hilda L. Solis is the Los Angeles County Supervisor who represents the residents of the First District.

As a daughter of working-class, immigrant parents from Nicaragua and Mexico, she understood at a young age, the challenges that workers face and the dignity that they deserved. Taught to value hard work and give back to her community, Supervisor Solis believes that government, with the right leadership, can help substantially improve the lives of many people. Raised in La Puente, California, Supervisor Solis was the first in her family to attend college at California State Polytechnic University, Pomona, despite a lack of institutional support from her high school. From there, Supervisor Solis began developing her political values as a progressive champion for the most marginalized people in our society. Since both of her parents were members of their unions, Supervisor Solis became an early advocate for workers’ rights, better wages, and workplace safety – eventually becoming the United States Secretary of Labor for President Barack Obama. 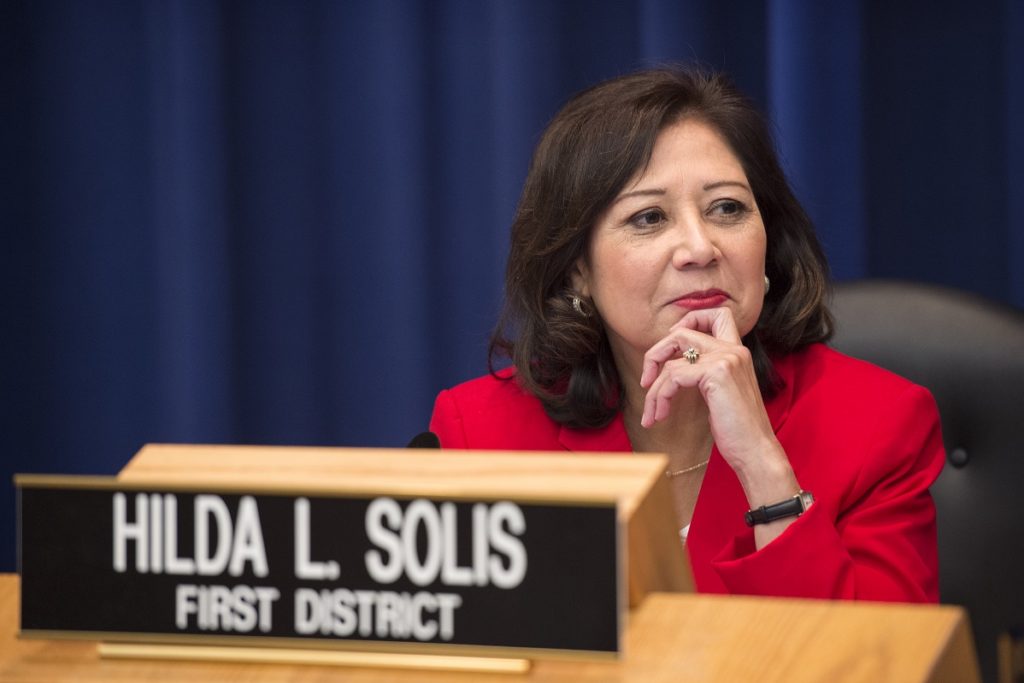 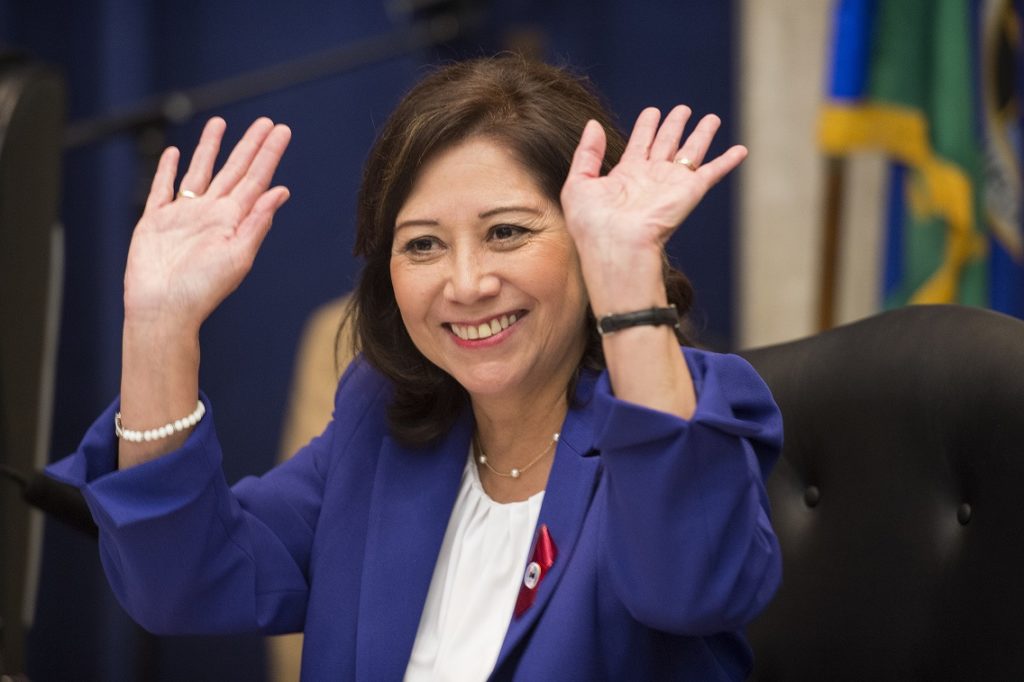 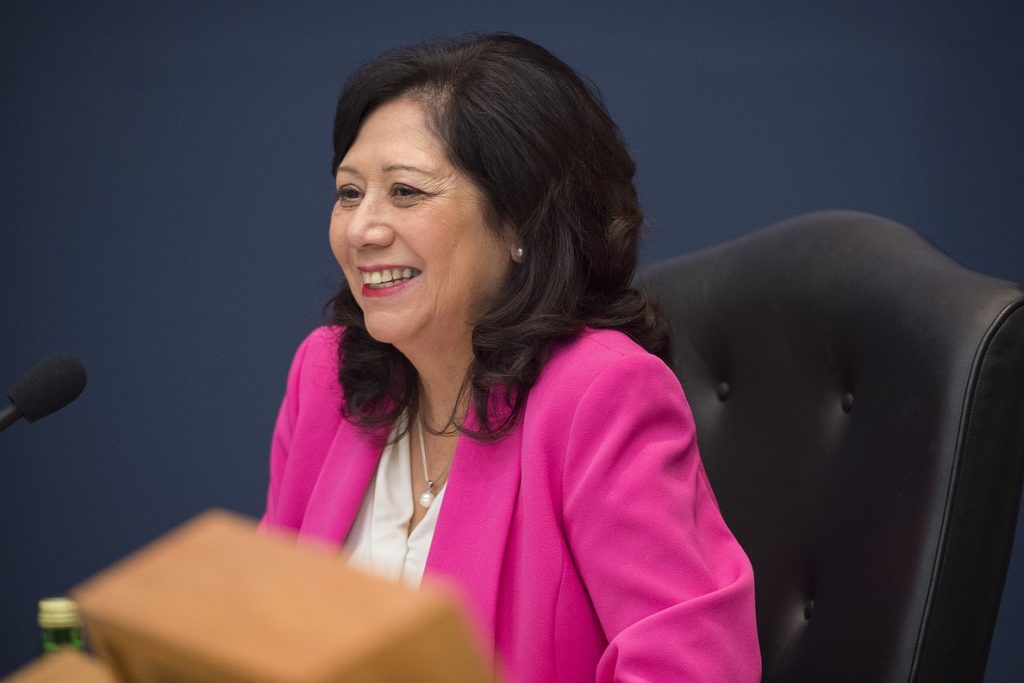 Before making history as the first Latina to serve in the Presidential Cabinet, Supervisor Solis’ public service spanned across the Rio Hondo Board of Trustees, both chambers of the California State Legislature, and the House of Representatives. She broke the glass ceiling repeatedly by becoming the first Latina ever elected to the State Senate, and the first woman to win the John F. Kennedy Profile in Courage Award for her work in environmental justice. After her time in the Obama administration, she came back home to continue her service locally as the County Supervisor for the First District.

During her tenure, Supervisor Solis continues to utilize her federal, state and local governing experience to deliver essential services to her constituents.

Supervisor Solis accelerated the County’s efforts to combat homelessness and allocated funding to build thousands of affordable housing units in her district and around the County. She authored the groundbreaking Measure A to invest in communities without green space, expand open and recreational park space in their neighborhoods, and protect water quality. She led a coalition advocating for communities facing environmental injustices near the Exide recycling plant and helped to clean up poisonous lead in thousands of homes. Supervisor Solis is leading the effort to reimagine public safety in Los Angeles County and prioritize expanding healthcare and jobs instead of mass incarceration, leading the effort to cancel a $1.7 billion contract to build a new jail. She pushed to fully fund a $20 million dollar workforce and job training program for disadvantaged young people and authored more than 40 motions defending immigrant communities during the previous federal administration. Most recently, she also met the Biden White House’s call to action to address the humanitarian crisis at the southern border, by setting up an emergency intake site in her district for thousands of unaccompanied children. 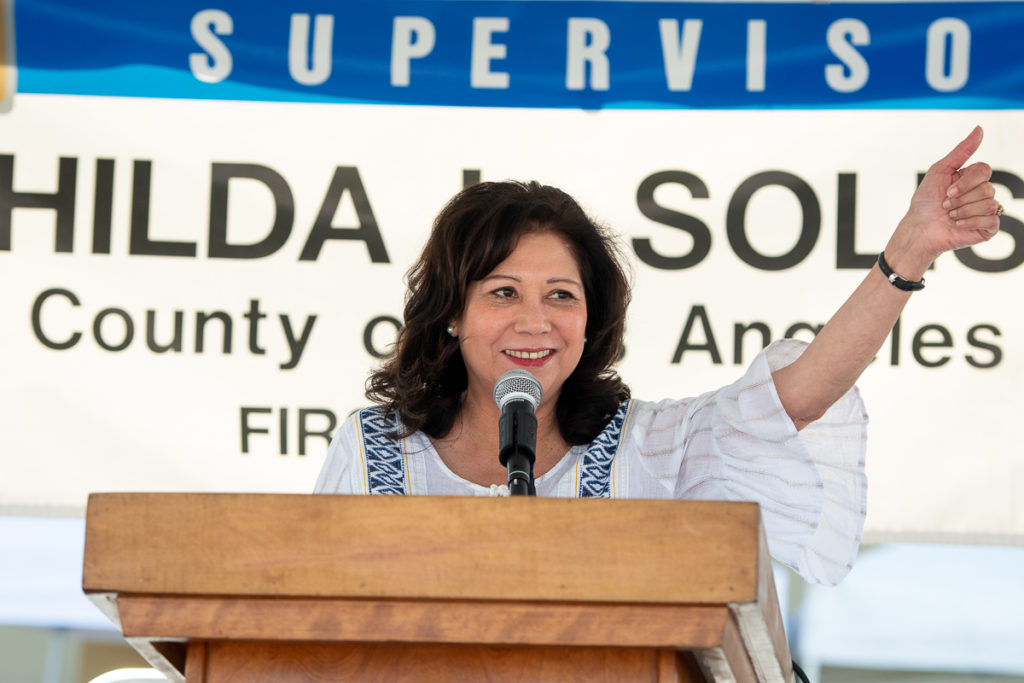 During the COVID-19 pandemic, Supervisor Solis directed the County to set up mass testing, quarantine and isolation sites in the hardest-hit communities, while leading efforts to inform the County’s 10 million residents. She established Project Roomkey and Homekey sites throughout her district to quickly shelter people experiencing homelessness. Under her leadership, the County allocated hundreds of millions of dollars toward rental and food assistance, healthcare, small business grants, community outreach, childcare, and more. Additionally, she led the charge to quickly vaccinate as many people as possible during the reopening of Los Angeles County, ensuring a path of equitable economic recovery.

She resides in the City of El Monte with her husband, Sam, and their dog, Lisa.